Back to ORG main site

Open Rights Group’s third national conference took place last weekend at the Institute of Engineering and Technology, with a fantastic set of speakers and hundreds of attendees.

Thank you to all who came along, we hope you had a great event!

Due to recent news there was a big buzz around digital rights issues, especially privacy and surveillance, at this year’s ORGCon. The day was was full of energetic debate on a diverse range of topics and was not without a fair share of controversy. With five sessions happening simultaneously, we only regret we couldn’t witness it all! There were some recurring themes and certain topics that sparked much debate. Clearly PRISM was the issue on everyone’s minds, but topics of free speech including its relationship to copyright, feminism, social media and the child’s right to know was also a big area of contention.

The day kicked off with Tim Wu’s keynote speech on The Digital Rights Movement. Wu described how new technologies and movements have a tendency towards centralisation, but that the Internet has the capability to break out of that pattern, especially due to its communication power to allow consumers and rights activists to develop alternatives and share lo-tech ideas. Nevertheless, he left delegates with the warning that ‘any device designed to liberate can be used to enslave.’ 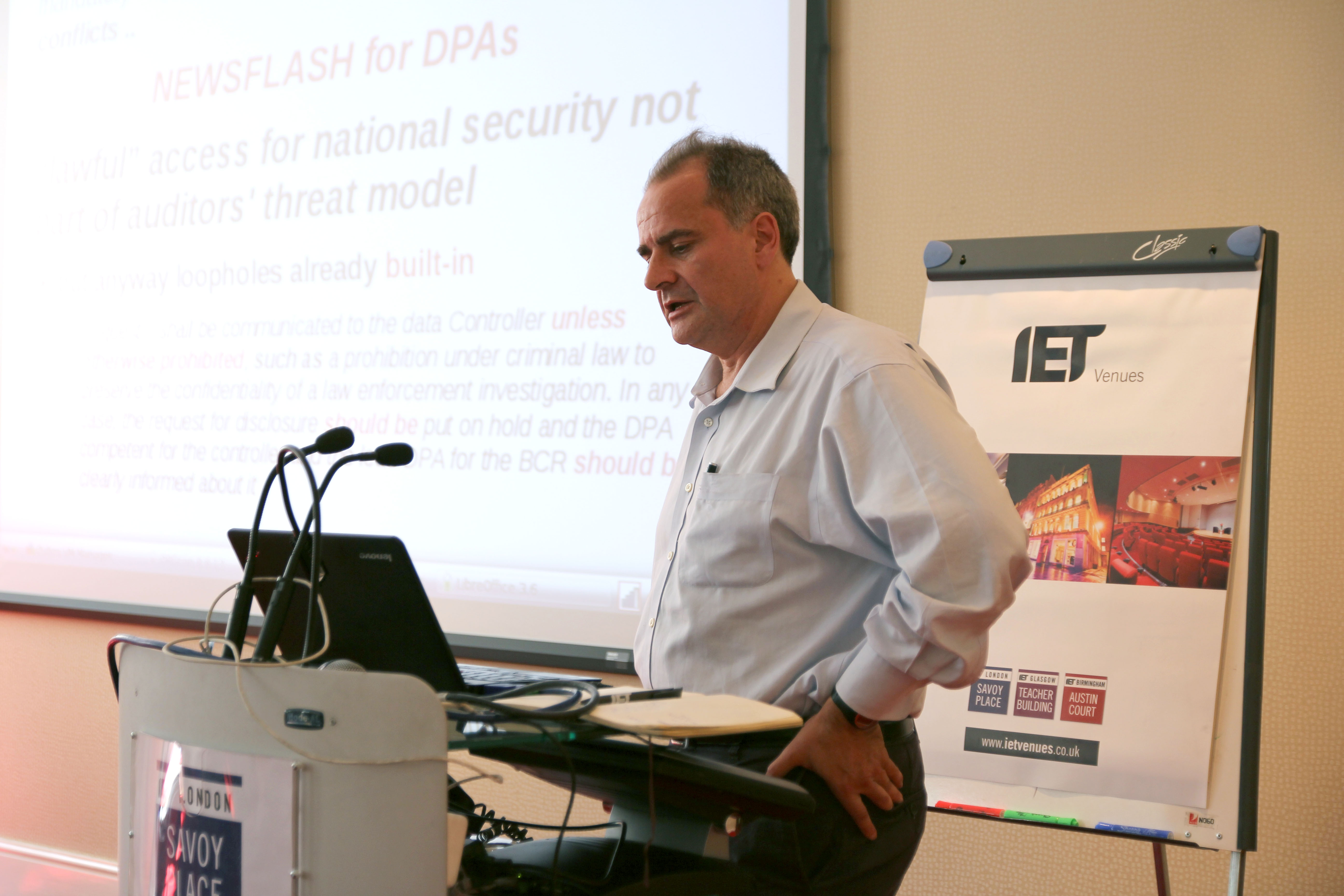 Caspar Bowden, privacy expert, spoke to an attentive audience keen to hear his insights on FISAAA, Data Protection and PRISM or ‘How to wiretap the Cloud (without almost anybody noticing).’ Bowden began with a disclaimer that he had not known about PRISM, but deduced what was going on from open-sources. Bowden explained how UK citizens have no right to privacy under the 4th Amendment, a subject that was brought up again in John Perry Barlow’s closing speech. You can read the slides of Caspar’s presentation here and watch his talk here. 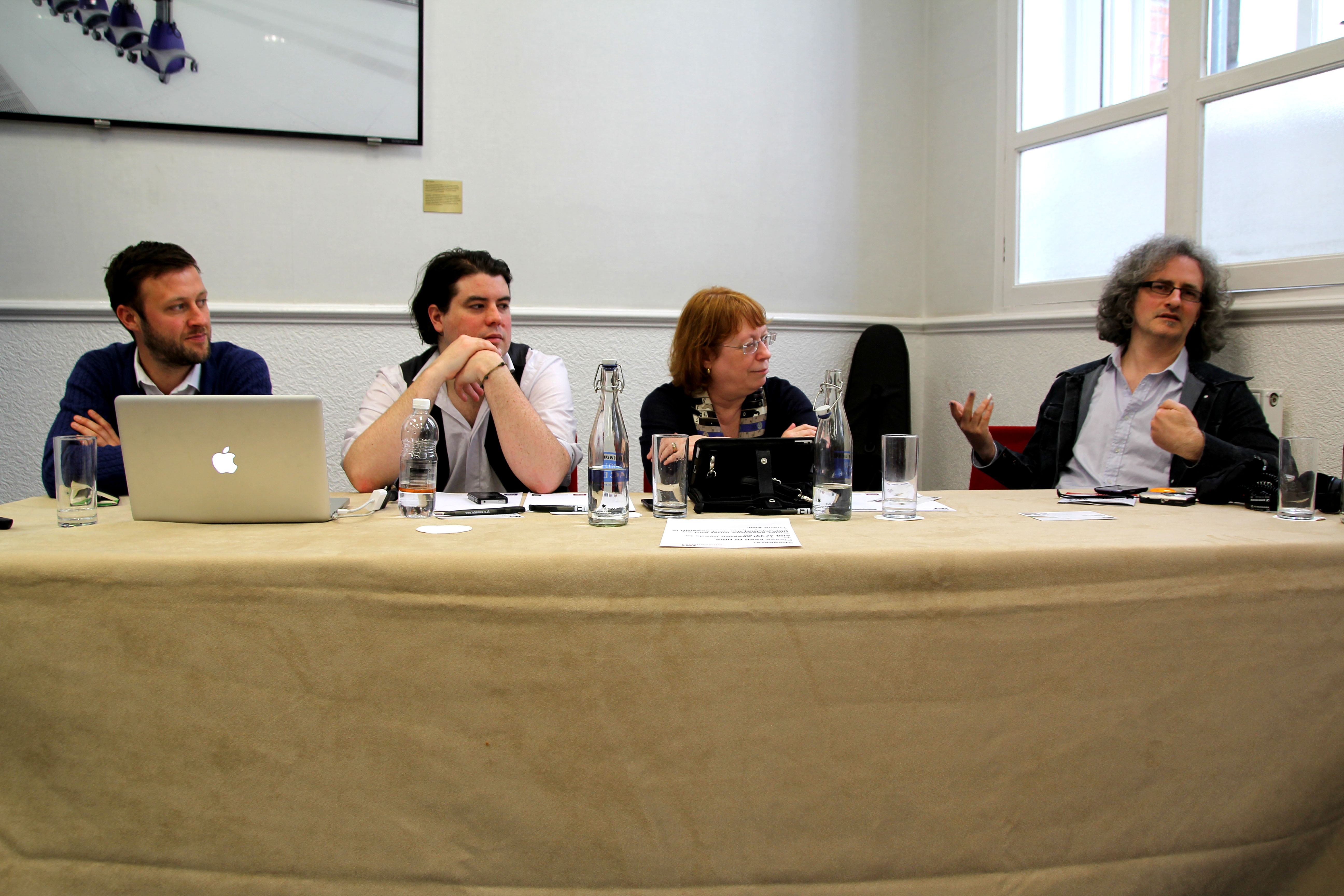 The Creative Citizens panel session was as lively as promised with Steve Lawson, Diane Duane and Simon Indelicate sharing their experiences of how the Internet is changing the creative industries and what is means to be an artist, taking the perspective that it isn’t so much winning at the Internet that is important , but the way in which that the Internet allows you to be a failure on such a large scale that it can begin to seem like a new kind of success. As musicians begin to pave their own way and take control of their own marketing, Lawson suggested there might be a market for digital story-tellers or documenters as the the outlook appears grim for artists who are yet to get their heads around Twitter.

This year’s ORGCon for the first time featured a series of ten minute rapid-fire talks and this session was one of the highlights of the day. The talks were a great opportunity for ORG supporters to address the conference and get their point across snappily. In her stand-out talk Milena Popova shared her experience of the tensions between feminism and the digital rights activism in her talk ‘When Worlds Collide’ calling for the digital rights community to “reach out beyond our bubble of geeks in black t-shirts and make this a welcoming community for everyone.” These sessions were a quick introduction to lots of new projects and threats - for instance Tanya O’Caroll’s talk on Panic Button, Amnesty International’s new app, got a lot of interest from developers looking to contribute to the project, and Richard King gave a useful overview of how to start-up an ORG group - take a look at his blog and get involved. 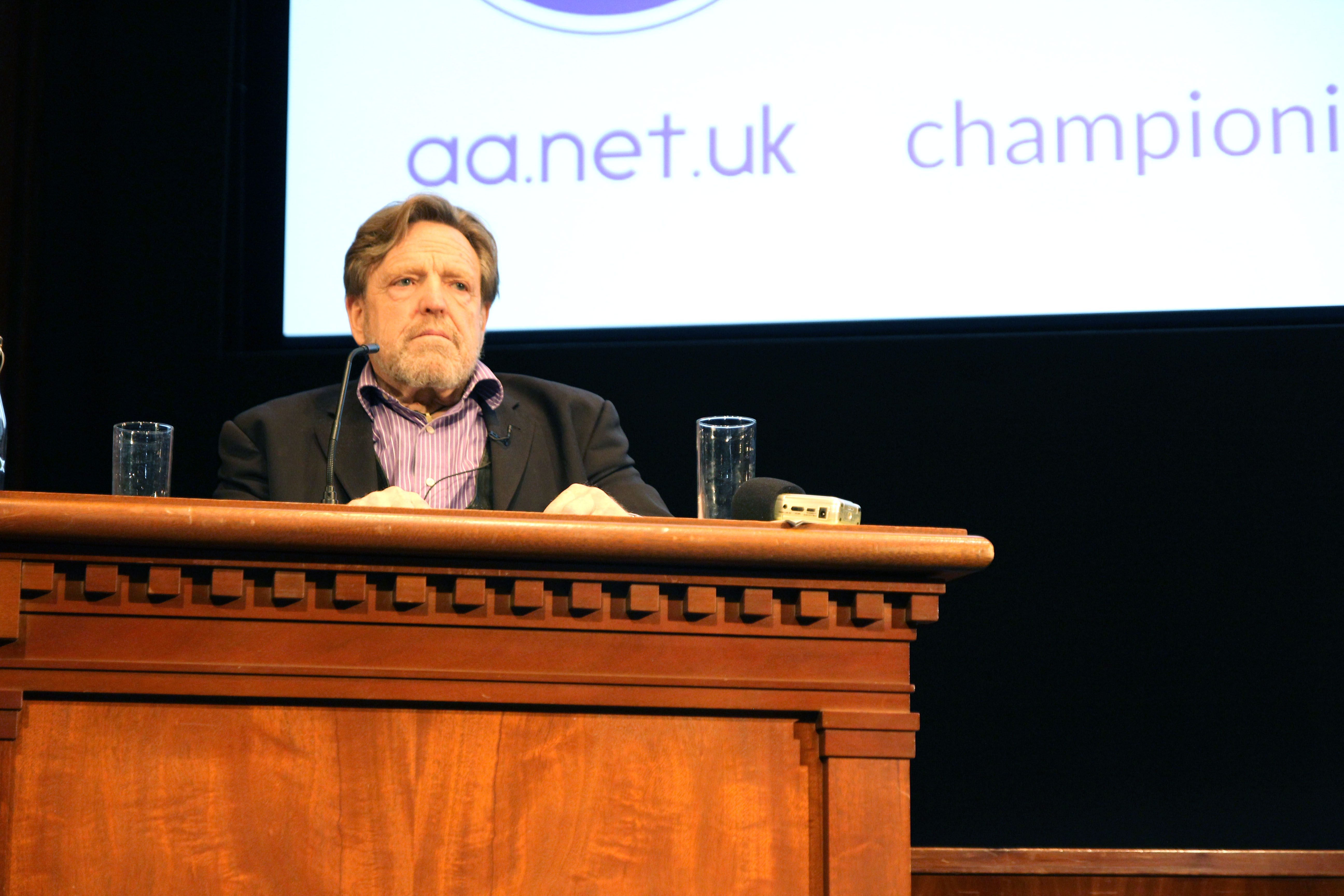 In the closing keynote John Perry Barlow re-asserted the utopian possibilities of the Internet in his speech ‘The Freedom to Know’. Barlow, making a case for radical transparency, asserted that privacy is contextual, making the bold claim that the loss of privacy that the Internet brings may lead to a greater acceptance of our individual idiosyncrasies, face tattoos and all. He took a great range of questions and spoke on issues from the un-taxability of bitcoins to the Internet as a threat to monotheism, on collective ways to assure human rights and on American civil liberties campaigners attitude to the threat to world-wide privacy from FISAA.

If you missed out on the day, and want more of a round-up, there are lots of other ways you can go over the material. Watch Caspar Bowden’s talk on FISAA right now, follow the hashtag #orgcon, look at the photos on Flickr and keep an eye for the upcoming videos of the main sessions where you watch a lot of the event.

If you have written a blog or report on ORGCon we would love to share it and hear your thoughts, so please let us know. If you have any specific feedback on orgcon, please email ruth@openrightsgroup.org - A questionnaire for all attendees will be out soon.